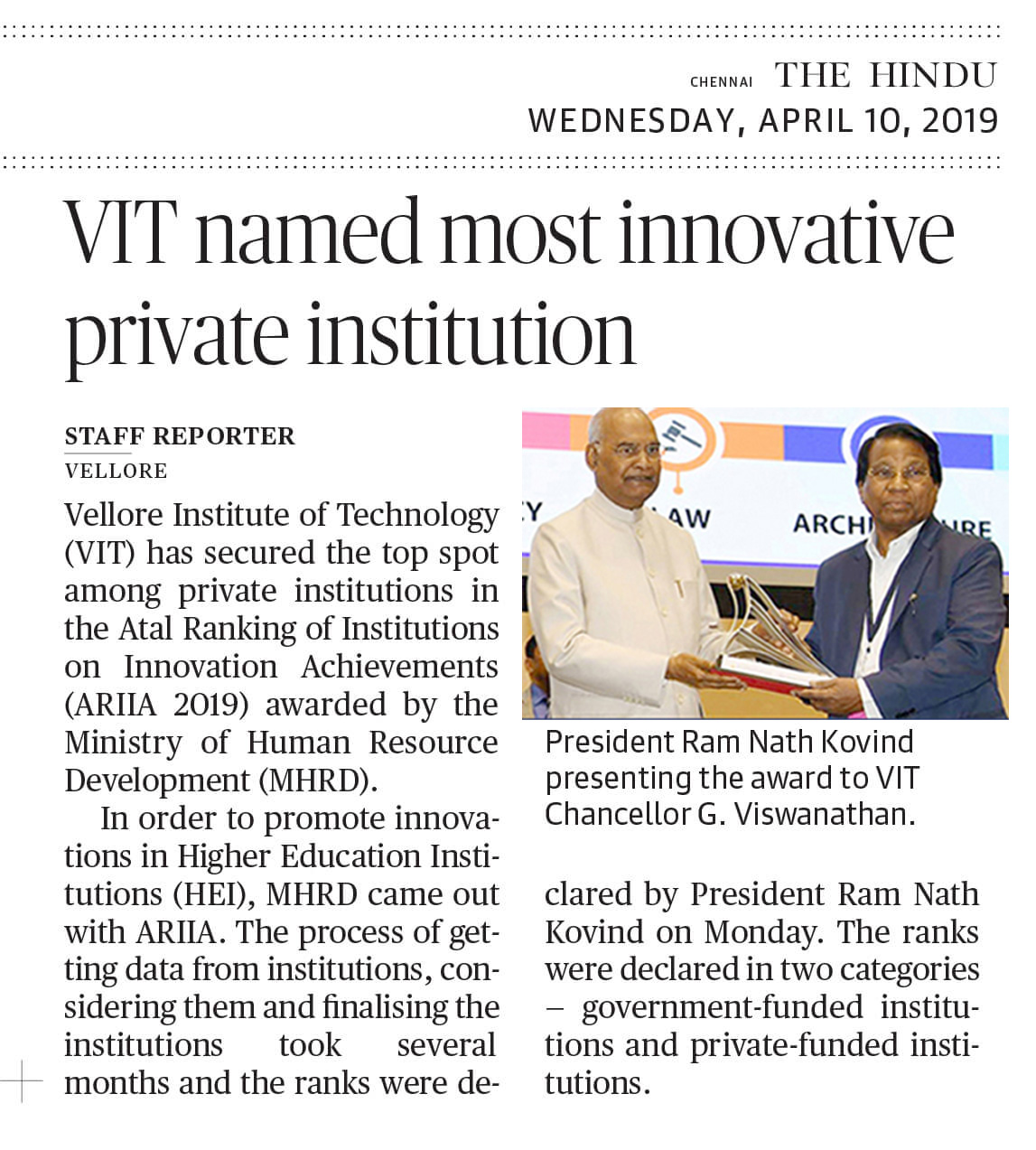 Government of India announced the first ARIIA (Atal Ranking of Institutions for Innovation Achievements) 2019 awards on 08/04/19. We are delighted to share the news that VIT has been awarded the No.1 position among the private institutions. VIT Chancellor Dr.G.Viswanathan received this prestigious award from the Hon’ble President of India Shri. Ram Nath Kovind.

We are glad to inform you that as per the NIRF ranking 2019 of Government of India, VIT has once again proven that it is one of the top institutions in India.

In 2020,  VIT has been awarded the 3'rd position among the private institution in ARIIA Ranking. 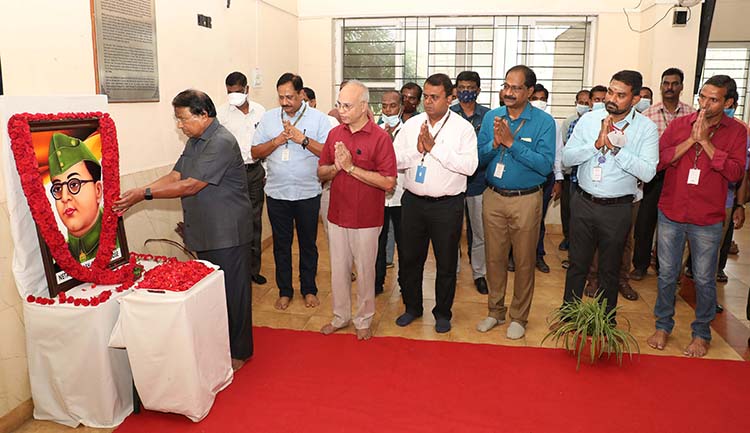 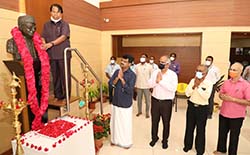 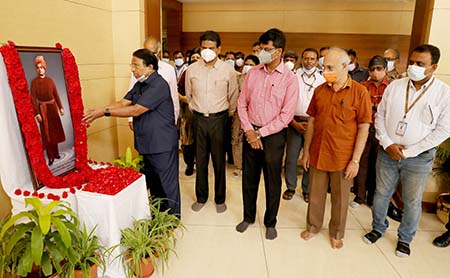 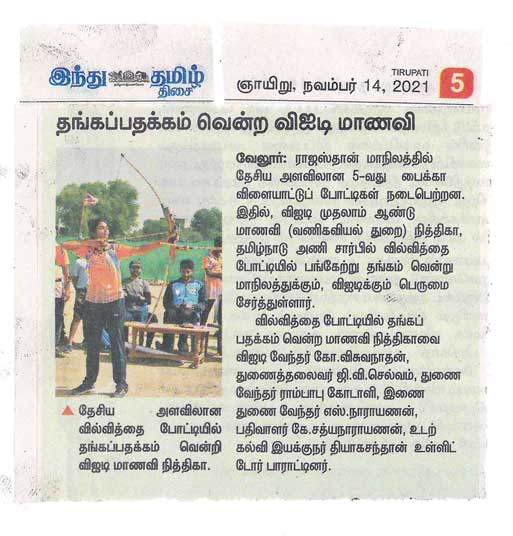 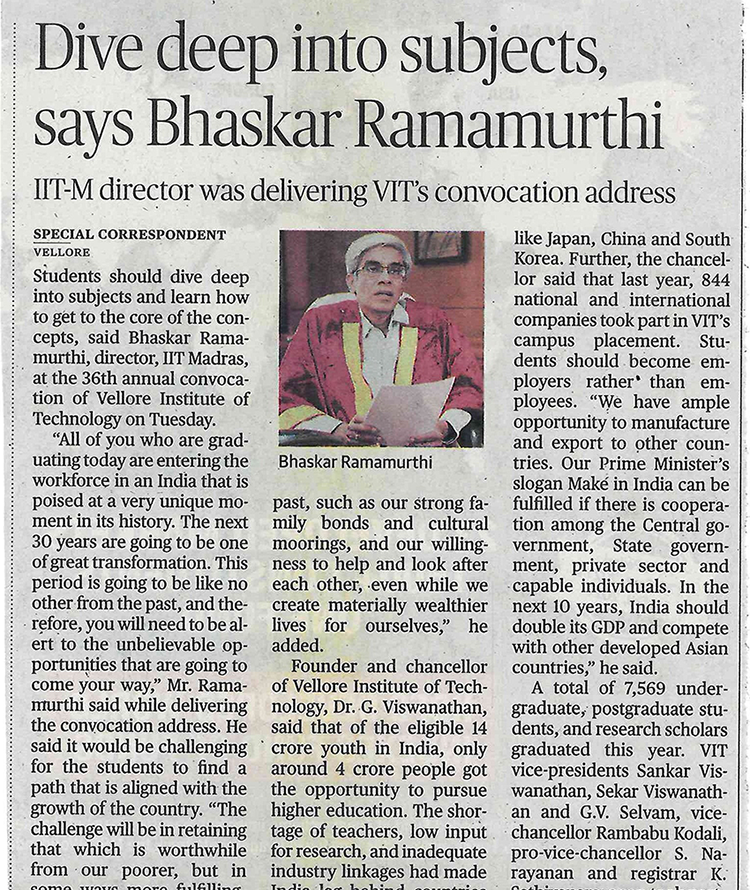