A new record added to Guiness

A new record added to Guiness 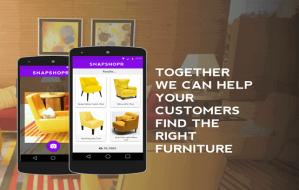 SnapShopr, the artificial intelligence image search startup has raised an undisclosed seed round of funding from Amod Malviya, Ex-CTO Flipkart. Navneet Sharma, Co-Founder SnapShopr speaking exclusively to YourStory said, “To get a tech guru like Amod Malviya to believe in our product and invest in it is a great validation for our technology and the efforts our team has put in,” adds Navneet. The team is already in advanced talks to bring other investors on board.

For Navneet, SnapShopr has been his dream. With a Bachelors degree in Mathematics and Masters in CS from VIT University, Navneet founded and headed an AI research group for 18 months, mentored around 40 students in AI, robotics and data science, and continues to be an active advisor at the university. After 3 failed startups, the idea of SnapShopr was born out of a personal experience. Navneet happened to chance upon a nice dress at a retail store and he wanted to buy it as a birthday gift for his girlfriend. However, the dress was too costly for him. So Navneet began looking for similar dresses on e-commerce sites and hence decided to create his own solution for the world.

They won at Google App Expo,15 as the Best App Runnerup which was followed by being selected for Google Launchpad Week as one of the top 16 startups, LetsIgnite,15 as one of the top 30 startups and several others like this. All of this improved the team’s visibility and kept them motivated. Navneet believes that SnapShopr is a pure lean startup, which has spent a lot of time experimenting to figure out the right business model. They have a few great early adopters working very closely with the team, which has proven to be tremendously useful for the evolution of their product.