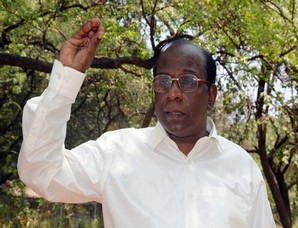 The benefits of science & technology (S & T) should reach the commonest man in the society, according to Y.E.A. Raj, former Deputy Director General of Meteorology, Regional Meteorological Centre, Chennai.

Inaugurating the 10th International Conference on Science, Engineering and Technology (ICSET)-2015 at the VIT University here on Tuesday, Prof. Raj said that scientists and technologists should make the entire system so flexible so that everyone is benefited. Recent advances such as digital S-band radar which observe the atmosphere round-the-clock were helping the Indian Meteorological Department in forecasting weather almost accurately, he said.

The former IMD official said that mathematics paved the way for the development of S & T. Stating that atmospheric science is a branch of mathematics, he said that even though people had the idea of mathematics 400 years ago, the concept of weather forecasting was a recent development. “Today, we are using radar, super computers and satellite data. There is a theory which says that weather can be predicted based on using mathematical equations ”, he said.

G. Viswanathan, VIT Chancellor who presided that the outcome of all research should ultimately benefit the society. Many foreign universities are now promoting research by students and faculty for commercialisation. “We are also encouraging such models. Our students and faculty should have their own industrial estates to realise the Prime Minister’s dream of Make in India campaign”, he said.

V. Raju, Vice-Chancellor of VIT said that research has become a culture VIT students. A total of 2240 academicians, scientists, engineers and experts from industries from across the country are participating in the conference, Around 1144 research papers were received. S. Babu, Convener, ICSET welcomed the gathering. Harith Ahmed, Director, Photonics Research Centre, University of Malaya, Malaysia spoke. G. Jayaraman, Organizing Secretary, ICSET 2015 proposed vote of thanks.