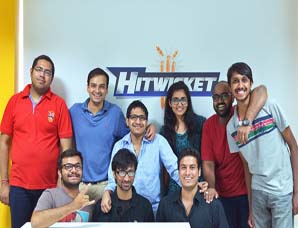 The company holds promise as Hitwicket, a cricket management game it has developed, has started making money through app purchases, Chennai Angels said in a statement.

“It is only a matter of time before gaming companies [in India] become mainstream like in Western countries and we believe our cricket-loving audience will be key to achieving that,” said R Narayanan, who led the investment from Chennai Angels.

In Hitwicket, the user plays the role of a manager of a T20 cricket team and makes all strategic decisions such as setting lineups and buying players from the auction. The game can be played on Hitwicket.com or on its Android app.

Kashyap Reddy, co-founder and CEO of Octathorpe, said the company aims to keep the users hooked for months through continuous updates and community engagement.

Reddy and Rishav Rastogi, alumni of Vellore Institute of Technology University, founded the startup in May 2012.

Hitwicket has a diverse fan base from Pakistan to Australia. It is the first Indian online game to ignite offline support with 45 meetups of users held in Delhi, Lahore, Dhaka, Bangalore and Mumbai, the company said. Its website shows about 7.5 million games have been played so far.

Chennai Angels have so far made about two dozen investments in internet, enterprise IT, education and entertainment companies.