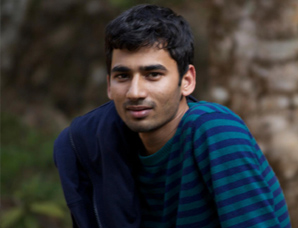 Alumnus paid bounty of 15,000 dollar for finding bug in Facebook

Bengaluru-based hacker and VIT alumnus Anand Prakash has been awarded $15,000 (approximately Rs 10 lakh) for finding a bug in Facebook's login system. The bug, if exploited, could let hackers access a user's messages, photos and even debit/credit card details stored in the payments section, among others.


In a blog post, Prakash -- who also works as a security analyst at Flipkart -- said Facebook acknowledged the issue promptly and fixed it.


Prakash sent the bug report to the Facebook security team on February 22 and received a mail about the reward on March 2.


On his blog, Prakash wrote:
Whenever a user forgets his password on Facebook, he has an option to reset the password by entering his phone number/ email address on https://www.facebook.com/login/identify?ctx=recover&lwv=110, Facebook will then send a 6 digit code on his phone number/email address which user has to enter in order to set a new password.
I tried to brute the 6 digit code on www.facebook.com and was blocked after 10-12 invalid attempts. Then I looked out for the same issue on beta.facebook.com and mbasic.beta.facebook.com and interestingly (the) rate limiting was missing on forgot password endpoints. I tried to take over my account (as per Facebook's policy you should not do any harm on any other users account) and was successful in setting new password for my account. I could then use the same password to login in the account.
Born in Bhadra, Rajasthan, Prakash went to Vellore Institute of Technology to pursue his B Tech in computer science engineering. According to a report by YourStory.com, Prakash has earned over Rs 1 crore so far by finding such bugs and has reported over 80 bugs to Facebook alone. In 2015, he was ranked No. 4 and globally by Facebook for finding the most bugs on the social networking website. Major companies that have paid him for finding bugs in their code include Google, Twitter, Adobe, RedHat, SoundCloud, Nokia, PayPal and eBay, among others.