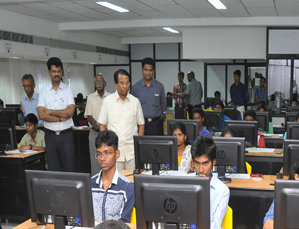 AP,Gujarat and Delhi students bags the top 3 ranks in VITEEE-2016

Sevakula Vamshi, a student of Sri Chaitanya Junior College, Andhra Pradesh secured the first rank in the VIT Engineering Entrance Examination (VITEEE)-2016 which was held from April 6 to 17 in 118 selected cities across India, as well as in Dubai, Kuwait and Muscat. The entrance exam was held for admission to the various B.Tech. programmes offered by VIT University at its Vellore and Chennai campuses.

Dr. Viswanathan said that admissions would be only on merit, based on the marks obtained by the candidates in the VITEEE.