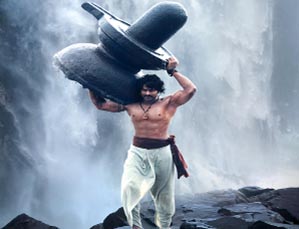 SS Rajamouli’s Baahubali broke many box office records. Now, it has also broken another record – it has entered the exam paper in the civil engineering department of the well-known Vellore Institute of Technology!
A report in The New Indian Express says that civil engineering students who were writing the internal exam were surprised on seeing a question relating to the film in their structural analysis question paper. The question asked related to designing a dramatic set-piece for the war scene in the climax of the film.
The assistant professor Mahendra Gattu of the course has told the daily that he wanted to make learning enjoyable and used the film to drive home a theory. It was a 20-mark question where the students were asked to design the set for optimum structural stability to ensure the safety of the actors.