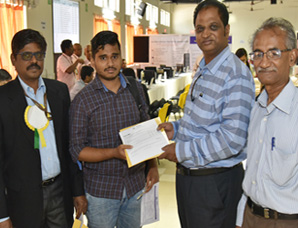 Counselling for admissions around 23 M.Tech programmes at Vellore Institute of Technology, Vellore, Chennai and VIT-Bhopal began on 19th June on the basis of marks secured by candidates in VITMEE (VIT Masters Entrance Exam). A new program CSE (specialisation in Cyber Security and Digital Forensics) has been introduced for the first time in VIT Bhopal.

More than 5500 students applied for the course and 2833 students were found eligible for the same who would be attending the counselling session both at Vellore and Chennai on 19th and 20th June 2018.