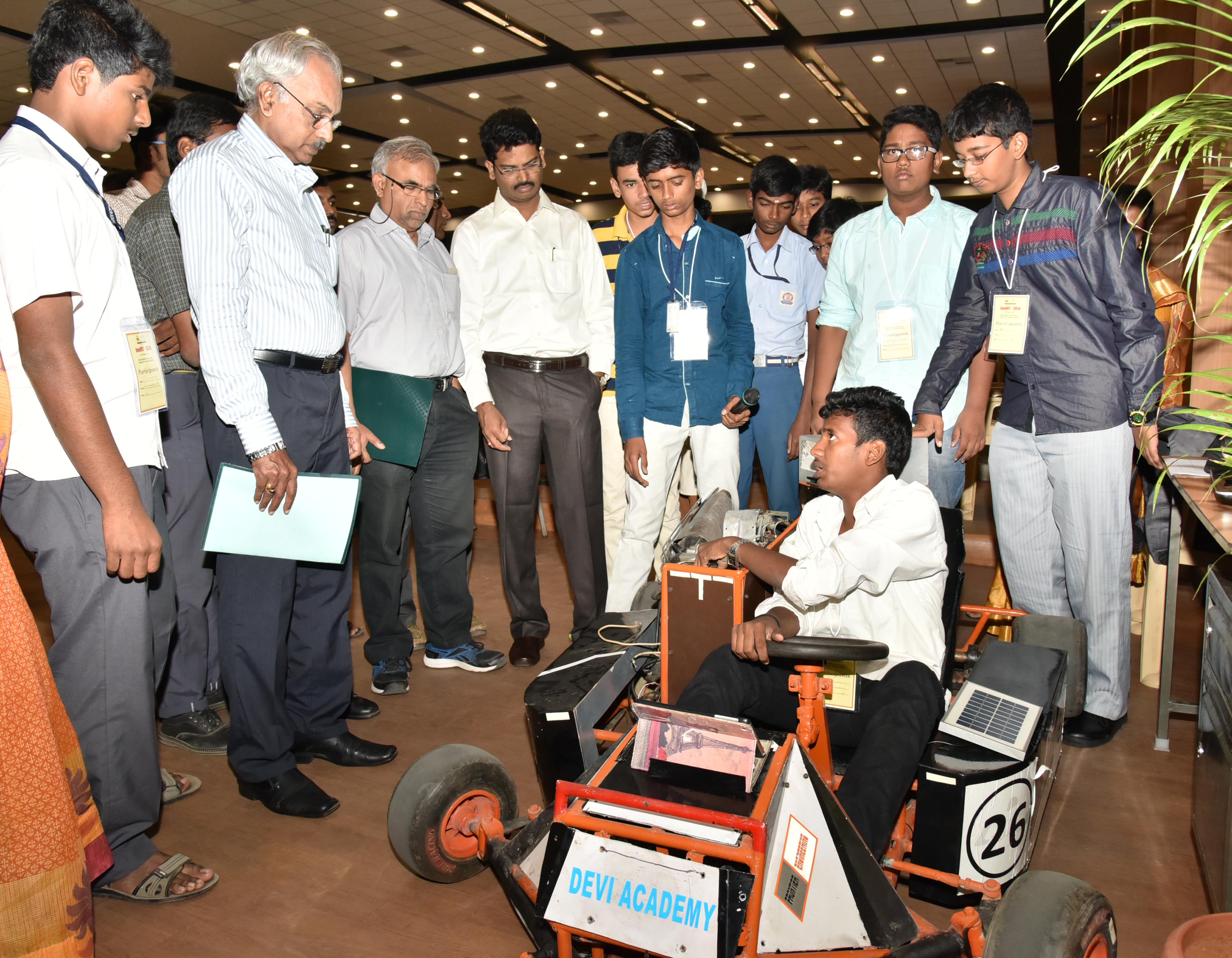 Of all the ways of producing energy in the country, Nuclear Power way of producing energy is safe and cost effective, said Dr S.A.V.Satya Murty, Director of Indira Gandhi Centre for Atomic Research Kalpakkam, Chennai, in his inaugural address at the fifth edition of the InoVit-2016. The conference began at the VIT University, here on Saturday.


InoVIT is being organised by the School of Advance Sciences with the participation of around 1365 school students from all the southern states, including from Andhra Pradesh, Telangana, Kerala, Puducherry and Tamil Nadu, will exhibit their scientific talents.


Mr Satya Murthy said that producing electric energy through hydro electricity though proved cheap, the producers experienced some drawbacks and could be exploited only up to a 25 percent of its produce, as the production was seasonal and it had become unpredictable to fix the quantum of energy that it could produce.


The cost for producing energy through solar system, oil added with gas and wind field system had proved to be high. In spite of subsidy is given for producing solar energy, the cost had been proved high, he noted.


He also added that producing electric energy through nuclear did not affect the environment, and will help the green resources, with lessee emission of gases like Co2.


VIT University Founder-Chancellor Dr G.Viswanathan, in his presidential address said that once upon a time India had contributed 33 percent of GDP, which had been producing only 3 percent of the GDP among the whole world.


He added that the rate of progress was not enough with which the world at large had been expanding in the field of innovations. He pointed out that just as the IIT had been setting the trend in its researches at the public sector level, he had been aiming to make VIT University a role-model in the private sector.


He exhorted the students to share their scientific knowledge with the professors of VIT University who were prepared to guide them.


In his special address at the function, Dr R.Dhamodharan, Professor of Chemistry, IIT Chennai, said that in the field of science ‘discovery’ was a very important aspect, but at the same time innovation’ was also most important.


He said the young students who wanted to become scientists to achieve greater things should have the curiosity to explore the discoveries to exploit them for making innovations.
In his felicitations at the function, the university’s VC Dr Anand A Samuel lauded the teachers of the several schools for making their students to put them on the right track of the science. He asked the teachers to train their students and indulge them in the “thinking”.


He also asked them to allow them to think freely and creatively, what is known as ‘design thinking’.
The Vice president, G.V.Selvam and various dignitaries on the dais felicitated the function.


Dr R.Vijyaraghavan, Dean, School of Advanced Sciences, welcomed the gathering, the InoVIT event manager Dr A.Mary Saral detailed about the function and Dr A.Ruban Kumar, Organising secretary of the gave away a vote of thanks.