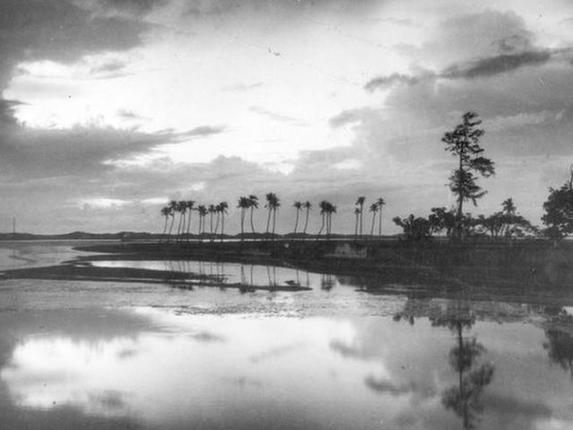 Reclaiming our rivers could initiate a new imagination of Indian cities and begin a process of conserving their bio-diversity.

Right from ancient civilisations, rivers have been the lifeline of our cities and towns. Mohenjadaro, Harappa, Egypt, and China had thrived alongside fertile river banks. River water was used for irrigation, drinking, commerce, and transport. As early as the 18th century, communities from Madras had travelled by boat to Mahabalipuram. The entire water system was an intricate inter-linked ecosystem — rivers, rivulets, canals, lakes, and temple tanks led to the Adyar Creek, that finally joined the sea.


In cities today, large amounts of sewage and garbage are constantly disposed into the rivers and this has transformed the them into sewage canals. Industrial waste too finds its way into rivers. The issue is more complex than we assume. The need of the hour is a paradigm shift in how we value our rivers. Rivers in India have been sacred precincts but they are gradually losing their significance against the hectic pace of urban life.


Why have our cities failed to protect and nurture its rivers? Why have we contributed towards heavily polluting them? These are complex questions that need an answer. In ancient times, as long as communities had an everyday connection with the water bodies, rivers and ponds remained relatively clean and unpolluted. This was primarily due to social practices and a low population. In the late 19th century and early 20th century, water supply and sewerage systems were centralised. Water became the responsibility of the State, and the city developed a wide network of underground piped waters, storm-water drains and sewerage drains. Gradually, citizens no longer had the responsibility of collecting their own drinking water or disposing the sewerage.


The idea of water and urban life is a broader area of study. The recent monsoon has shown how the network of water bodies needs to be restored if Chennai has to improve its resilience to floods. The city also has to generate water reserves for its drinking water needs. Initiatives such as rain-water harvesting have reaped rich dividends in improving the groundwater levels in the city, and channelising filtered rain water from the roads into lakes and temple tanks could considerably mitigate the flood situation. The transformation of the Adyar Creek is a case in point and gives hope that it is possible to reclaim our rivers. The newly developed Mahindra World City has successfully integrated water systems, linking storm water drains to the adjoining lake. Research by faculty at VIT University indicates that future cities need to respect these ecological cycles along with water management. A river is more than a functional water system. The river bank is a public space to be inhabited and celebrated, and for citizens, it caters to a plethora of urban social needs. The river bank is a cultural space where festivals, ceremonies, picnics and gatherings could be held. Student groups can meet by the river and conduct discourses and debates, and flea markets could be organised on the river banks — the options are endless. Besides these conventional options, cycling and jogging tracks, manicured landscapes can also be created to make river-fronts beautiful.


Rivers have a much broader significance to urban life. The cleaning of rivers could transform social life and reduce the prospect of diseases spreading. Such initiatives, however, remain a collaborative process between citizens and the authorities. River cleaning drives across the world have shown that economic returns justify improving the living conditions of the slums that exist on its banks. Reclaiming our lost rivers could initiate a new imagination of Indian cities and begin a process of conserving its bio-diversity, despite the complexities and huge challenges in what may be, otherwise, seen as a simple task.


The writer is the Design Chair at VIT, School of Planning and Architecture, Vellore and convenor of the Confluence Ten Forum