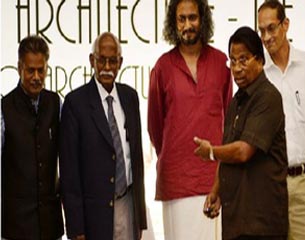 Rome’s colosseum, pyramids of Egypt and the Big Temple in Thanjavur have all one thing in common - an architectural brilliance that has stood the test of time. It was not surprising that these ancient structures were discussed in a seminar on the future of architecture trends and opportunities organised by VIT-School of Architecture and Planning (V-SPARC) in Chennai on Saturday. VIT University Chancellor G Viswanathan spoke on the importance of good architects, especially in the modern world. “There is a need for skyscrapers to save our agricultural lands. States such as Maharashtra have lost over one lakh hectares of lands in a decade,” he said, adding that only skyscrapers could solve this problem.

But, he was quick to lay stress on the expertise involved in raising a high-rise. “Regarding the building collapse at Moulivakkam two years ago, no one has known so far why it happened,” he pointed out. New Delhi-based architect Madhav Raman of Anagram Architects, who was the chief guest, spoke on the necessity of architecture to promote sustainable living. “It is a profession that is influenced by many other progressions and also influences many,” he said, urging college students to participate in a wide range of activities in college days.