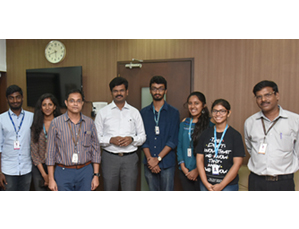 Solution For A Major Environmental Disaster

Major phenomenon that has been witnessed over the last few decades is the explosion of technology and technological advancements. The debate about whether this inflation is a boon or a bane is something of a stalemate. But one thing that can be said is that with what all we have, have discovered and invented, we have an opportunity to make things better for the future and even reverse and combat the disasters that we have instigated. One such tool that has been worthy of great discussion is ‘Genetic Engineering’.

Genetic engineering, to put it simply, is the manipulation of, what we consider the fundamental unit of life, called genes. It is the genes and their related mechanisms that direct and dictate how an organism behaves. And thus, synthetically manipulating it can hence give a way to modify an organisms’ behaviour to suit our needs. And in recent years, genetic engineering and its allied fields have been considered in the highest regard and many efforts have been put to encourage people to use this technology for the betterment of the world. And to do the same, many events, conferences, ideations, competition, etc. have been organized to motivate people to use these genetic tools to tackle various problems existing in the scientific, as well as the mundane world.

One such renowned affair is the iGEM, International Genetically Engineered Machine, an annual event and a competition on synthetic biology and its interdisciplinary fields. It is a platform where various teams from all over the world showcase their projects to each other, learn from each other and also show their contribution to the scientific community and the general society. This event happens during the month of October, in MIT, Boston, USA.

A team from Vellore Institute of Technology decided to take an underrated global phenomenon called Ocean Acidification, that has been affecting the world’s oceans, and the associated estuaries and waterways, and is using iGEM as a platform to come up with a way tackle this issue. The Team, who call themselves iGEM VIT, is working on a novel idea to tackle this major environmental disaster, where the pH of oceans is gradually decreasing and becoming acidic.

The iGEM VIT team, along with their Primary Investigator, Dr R Siva Professor and Head, Department of Biotechnology VIT is working on developing a genetically engineered bacterium that can stabilize the pH of the ocean. Once these modified bacteria are introduced into the ocean waters, it can neutralize this growing acidity and hence reduce the oceans’ acidic nature and bring back to its normal state. This synthetically modified bacterium has the ability to absorb the acid causative agent, which is the free hydrogen ions and also the carbon dioxide present in the water.