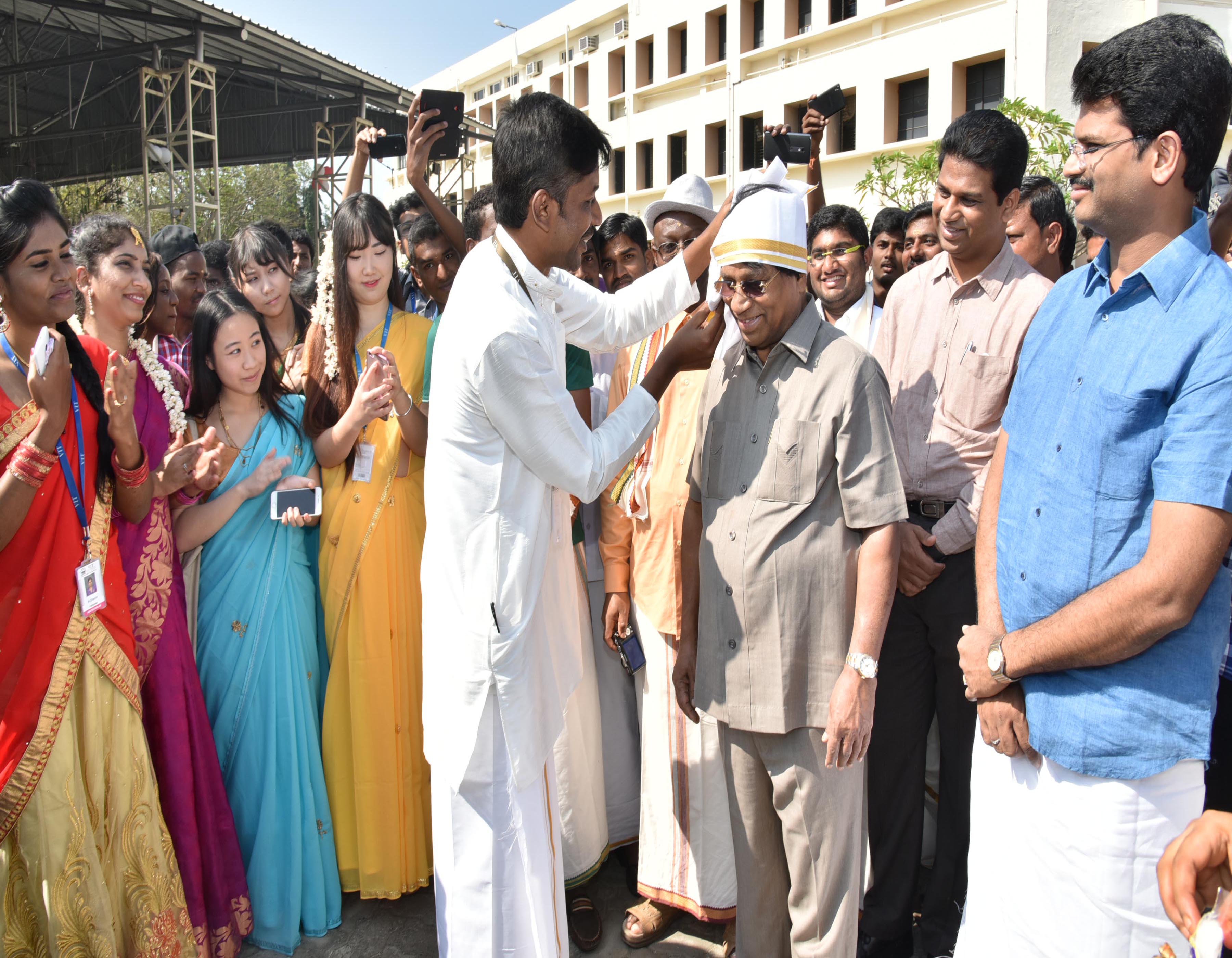 Thousands of VIT University students from different states of India and other countries participated in the Pongal Festival celebrations organised by Pavendar Bharathidasan Tamil Ilakkiya Mandram of the VIT. The celebrations were held at the university campus on Monday.


The festival, particularly celebrated in the state of Tamil Nadu, is to thank the farmers, their cattle and the Sun god, for helping out produce good yields. The festival in Tamil Nadu is celebrated on the first day of the Tamil Month Thai, every year, after the farmers complete harvest.


The festival in VIT University is celebrated before the birth of the Tamil month Thai, due to the ensuing three-day holidays for the said festival. There is one more reason for celebrating the festival in the university - to involve all the students in this colorful and culturally rich festival.


"Students who are from 45 different countries with varied cultures and languages who are not aware of the importance of the festival are involved in the celebrations and get to know more about this wonderful Tamil festival," said a professor of the university.


VIT Chancellor, Dr G. Viswanathan, who along with Vice Presidents Sekar Viswanathan and G.V.Selvam and the Vice Chancellor Dr Anand A Samuel, after lighting the traditional kuthuvilakku at the inaugural function, said the festival was an ancient and important one.


"Since time immemorial farmers had been working hard without considering their own welfare. This is a farmers' celebration popularly called Pongal festival," said Dr Viswanathan. He wished for the festival to continue at the university every year.


Folk arts and rural sports of Tamil tradition like karagattam, silambam, playing of tharai and thappattai, oiyelattam, bharatha natayam, procession on bullock carts, roping sports, uriyadi and carnatic music were some of the events that were organized in the university.


In addition, female students from different states, and several foreign students cooked Pongal dishes under the sun from conventional ovens.


Revanius from Cameron, a VIT student in M.Sc. (genetics), came dressed in dhoti, a towel on his shoulders and shirt like the native Tamilians, He said that this was the first occasion he had come across the festival that thanked farmers. He added, "This is new to me, but I must praise Tamils for thanking their farmers each year through such a vibrant and colorful festival. It is so impressive that I want to take this wonderful message to my country, and to celebrate the achievement of our farmers as well."