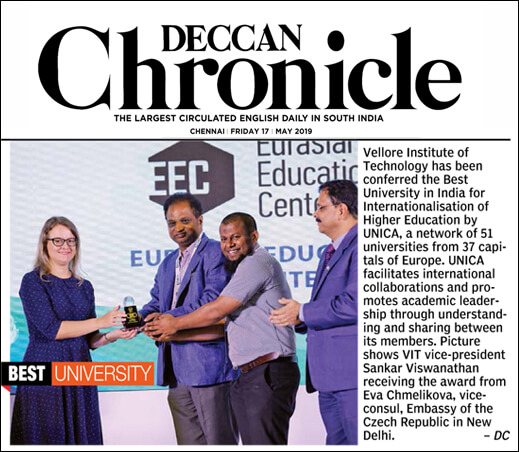 Vellore Institute of Technology (VIT) has been conferred the best University in India for Internationalization of Higher Education by UNICA, a network of Universities from the Capitals of Europe, with its headquarters at Brussels, Belgium.