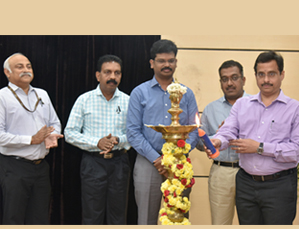 VIT hosts event on Life and Customs of Vellore

An event tracing the traditions of the people of the town: Vellore – its life and Customs was held at Vellore Institute of Technology. The event was organised by VIT School of Planning and Architecture.

In his address, Mr. G.V.Selvam, Vice President, said that he felt very proud to belong to Vellore, the reason being that the town was associated with several historical events. Recalling his last visit to the United States of America, he said that he visited the site where the twin towers were demolished in New York. The site was now being safeguarded with great care. The names of the people lost in the incident have been inscribed on a stone plaque there. When people go to England, they visit the tree from which the apple landed on Newton’s head. In those countries, not only where they taking good care of historical monuments, but were also popularising them.

Mr. Selvam said that every individual’s life was filled with several anecdotes. Vellore town was not only known for historical events, but also for several historical monuments too. “All of us have to protect our customs and traditions and awareness towards has to be created among the people,” he said.

Professor Subramaniam, Superintending Archaeologist of Chennai Circle of Archaeological Survey of India, said that in the country, there were numerous temples and monuments of historical importance. Compared to India, the rest of the world fewer monuments, yet they were taking very good care of them. Similarly, the people of India too should pay greater attention towards protecting such historical monuments of importance. Vijayakumar, Commissioner of Vellore Corporation, said that the Thanjavur Big Temple, Gangaikonda Cholapuram Temple and the monuments at Mamallapuram were not only ancient monuments, but were also a treasure trove for wisdom.