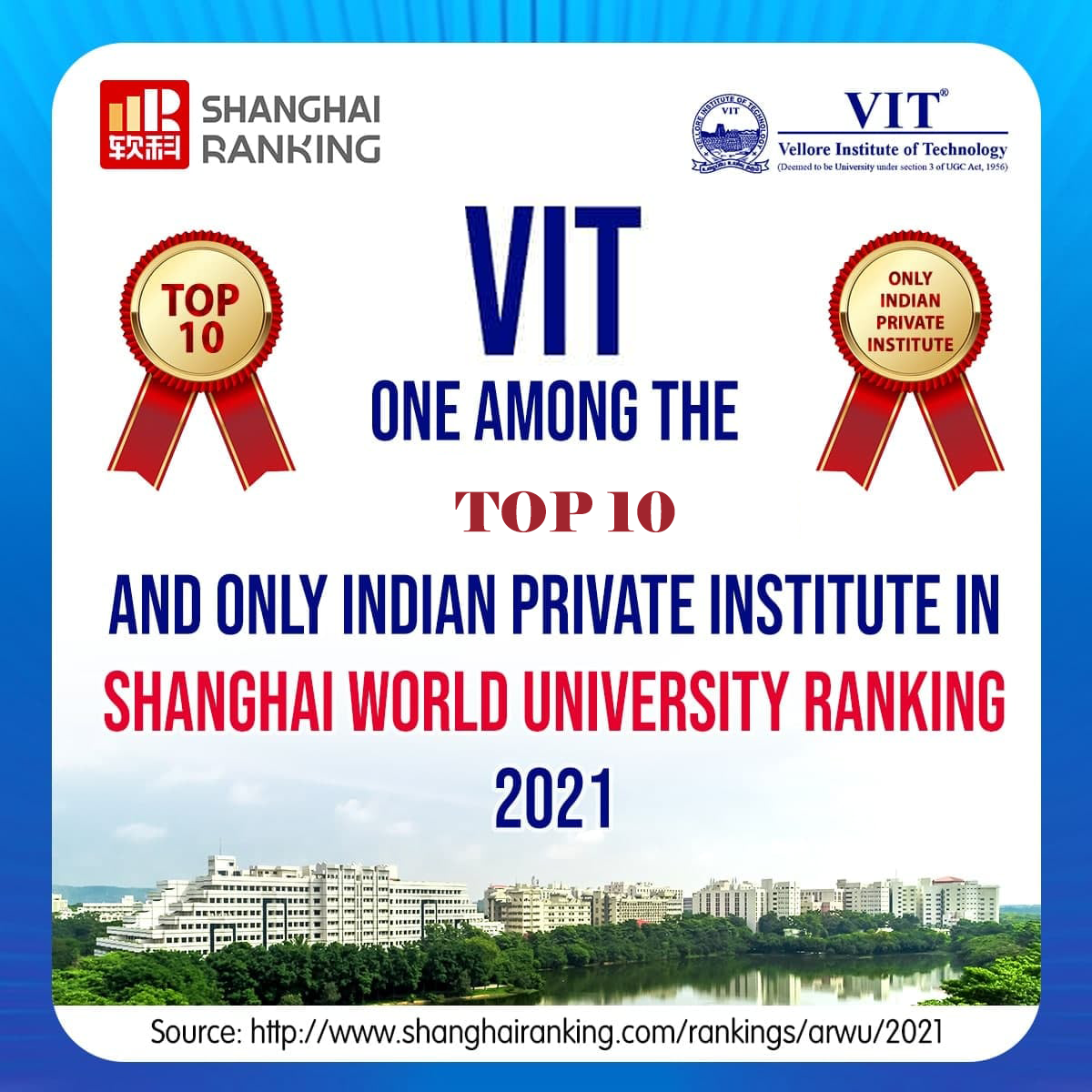 VIT - the only Private Institution of India in Shanghai Ranking 2021

The ranking is based on research publications in top quality journals, highly cited researchers, top rated international awards and prizes. Shanghai Ranking is recognized by the Government of India as one of the ranking agencies for Institution of Eminence (IoEs).

VIT Chancellor, Dr. G. Viswanathan said, this is because of the hard work and quality maintained by our faculty members, research scholars and UG/PG students in teaching and research. 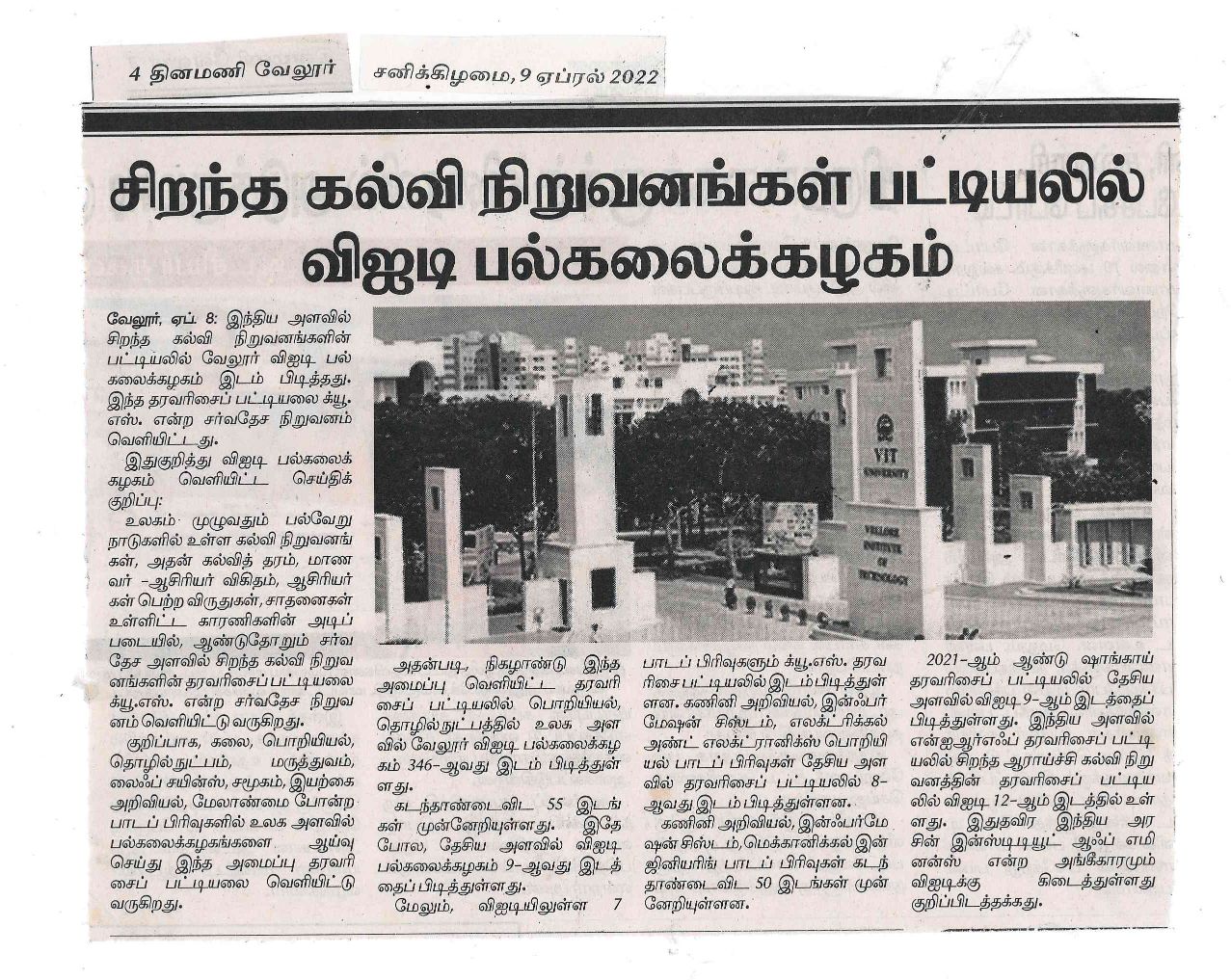 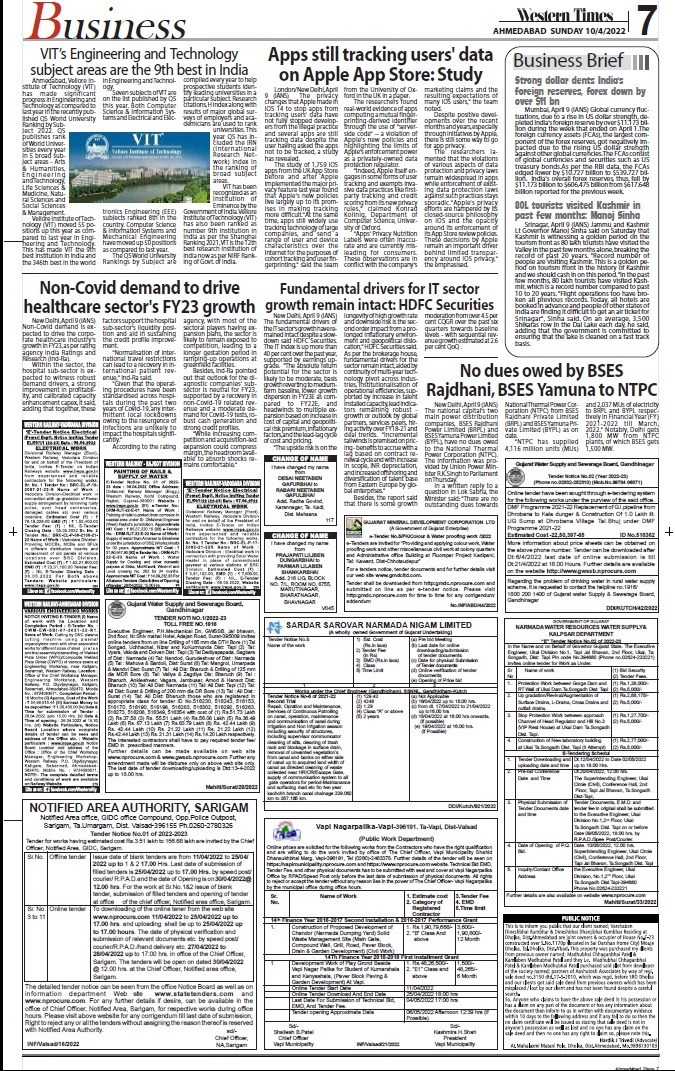 VIT 346th Best Institution of the world in Engineering and Technology 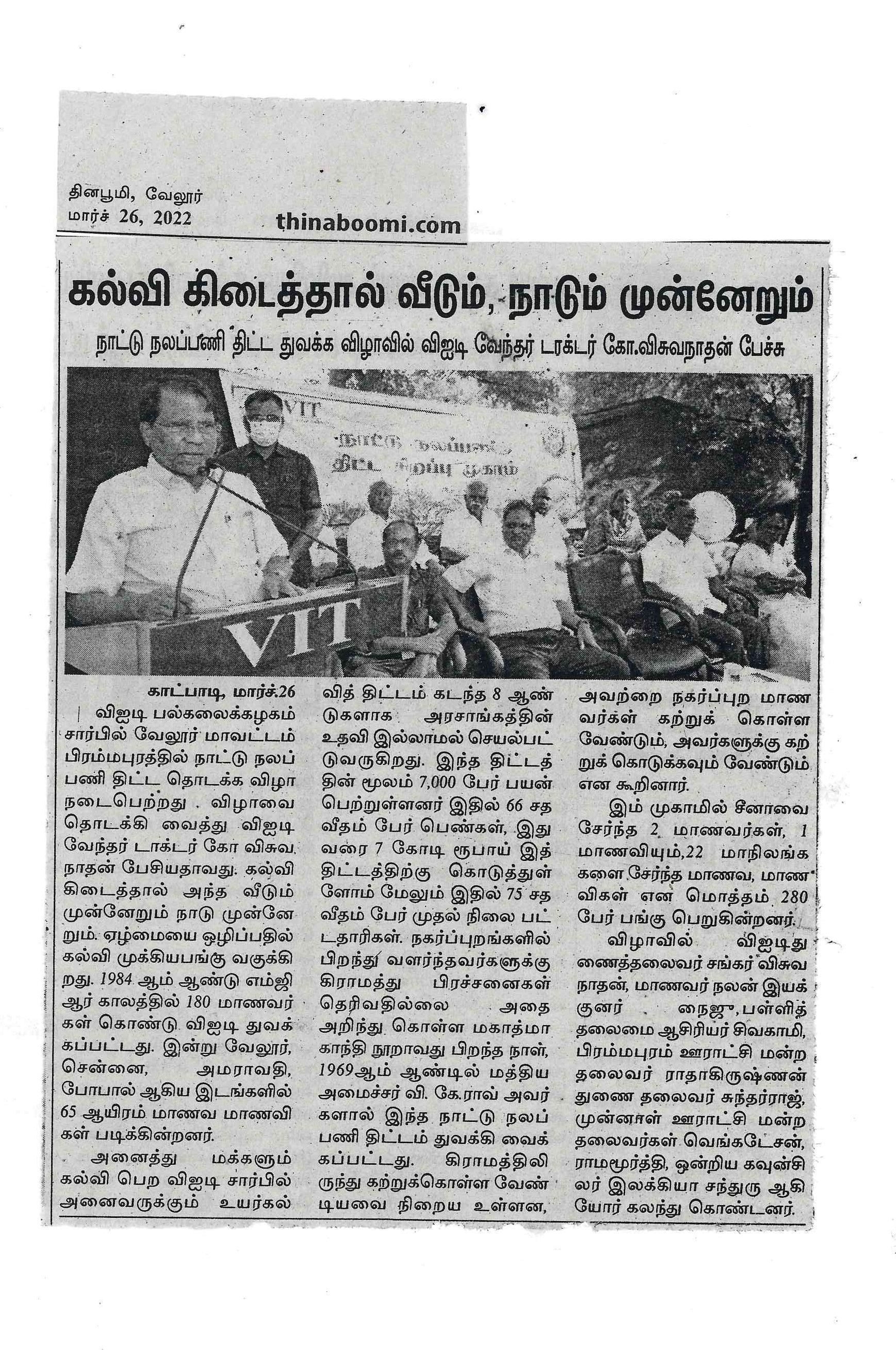 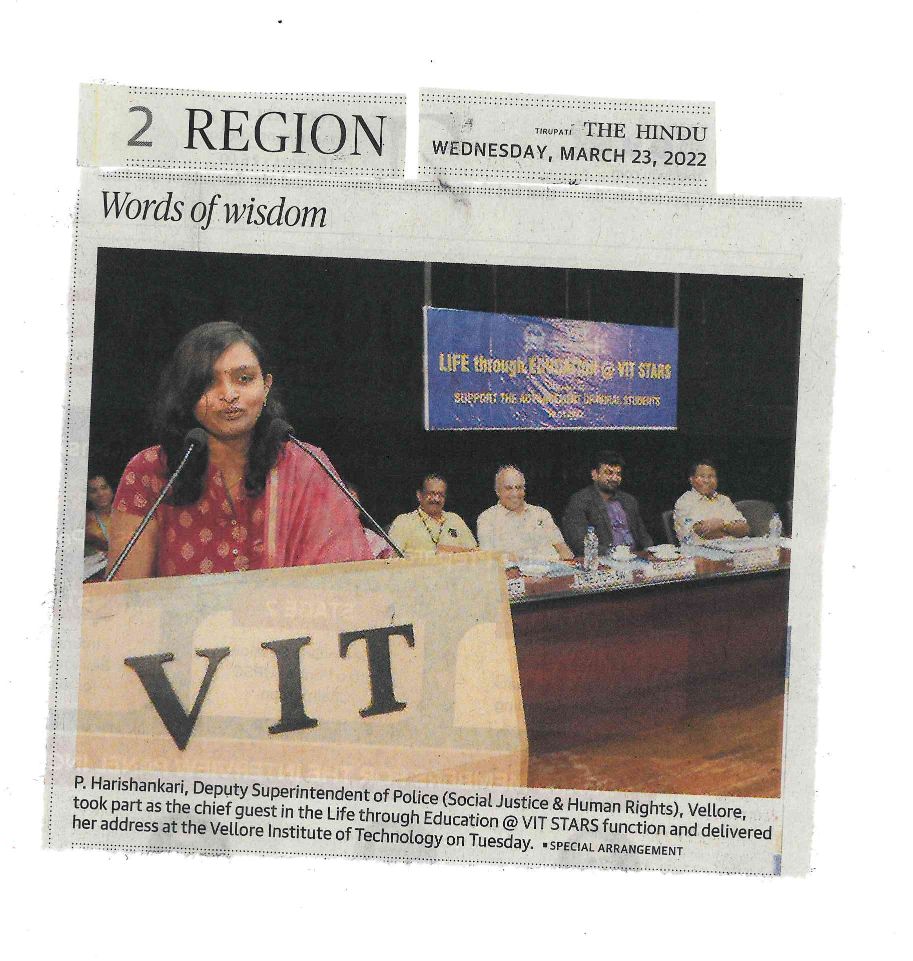