VIT Vellore - B. Tech Freshers Online Room Booking for Men's Hostel (MH) and Ladies Hostel (LH) will be enabled through https://admissions.vit.ac.in/freshersportal/ by 09:30 AM tomorrow (03/08/2022). For detailed procedure Click here 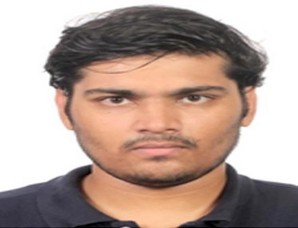 VIT University student Akshath Sharma has done India proud. He is the only student from the country to bag the prestigious Cambridge International Scholarship. He has been offered to complete a direct PhD in Mechanical Engineering at the University of Cambridge, UK.

'It is offered to approximately 80 students selected according to academic merit from all the departments at Cambridge,' says Akshath.

He is the only Indian to have been inducted directly after his B Tech, with Master's requirement waived.

In addition, he has been awarded full-funding, under the aegis of the Cambridge International Scholarship. 'Limited students from around the globe are selected for this scholarship with only a small proportion awarded to engineering students and thousands of applications were made which included the IITs-but it was Akshath they chose,' says senior professor at VIT University Satyajit Ghosh.

Satyajit Ghosh of School of Mechanical and Building Sciences (SMBS), taught and and mentored Akshath and guided his final year thesis entitled 'A novel geo-engineering application to mitigate cyclones over the Bay of Bengal' which was much appreciated at Cambridge and Leeds.

'My final year project involved a computational study involving geo-engineering modifications for mitigation of cyclones over the Bay of Bengal,' says Akshath.

'VIT gave me complete freedom to choose whichever field I wanted to do research in from my first year (B Tech Mechanical Engineering) itself. During my four years in VIT, I have worked on areas including materials science, fluid mechanics, heat and mass transfer and even atmospheric sciences.

The fully flexible credit system within VIT allowed me to choose the professors I wanted to study and work with and the system of project based learning (PBL) courses allowed me to conduct research parallel to the conventionally taught courses,' he says.

Congratulating the student, VIT University founder-Chancellor G Viswanathan said that Akshath's achievement had not only made India proud but VIT University too.

'This shows that we are not only just a few steps away from getting into the top 100 ranks in the global world university rankings but we can produce students on par with 816-year-old Cambridge. We hope to produce more such students who will scale greater heights,' he said.