American Society of Civil Engineers (ASCE), a world student association has perceived ASCE- VIT as an official understudy part. Chapter is committed towards inspiring motivating personalities in the field of civil engineering.. Aim to make the students competent enough to face cumbersome situations during their career and to unveil the decisions taken by brightest civil minds of history as well as of present. It aims to raise the bar of education and standard and get students adhered to some substantial qualities which are must for a Civil Engineer. Chapter organizes, symposiums, workshops, guest lecture, seminars and other events which have been well-known and fruitful among students. 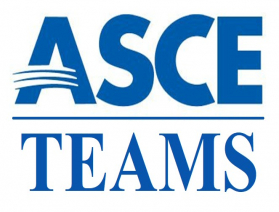 Team Eklavya is a group of aspiring civil engineers , operating at VIT, Vellore aimed at making the discipline more multi-faceted and interactive. It works towards causing innovations in the field of civil engineering at the student level. It was formed with the objective to make learning a practical exercise and to ameliorate by adopting new technologies in the field of civil engineering. We participate in the prestigious National Concrete Canoe Competition organised by American Society of Civil Engineers. This enables our team to experiment with various materials that can be used in the concrete and by trying and testing various mixes to obtain the most durable and light mix. Apart from this task, the team has to be extensively well read-up on all disciplines of civil engineering for the various competitions that it participates in such as CEA fest at IIT Madras, where we secured 1st position in Sustainable Design Challenge and Debate and 2nd and 3rd prize in Bon AutoRoutier, as well as several positions in Iznik-Vellamal Engineering College-Chennai, Kongu Engineering College-Erode and competition organised by Ramco Industries, Southern Region. As part of the NCCC, Team Eklavya has bagged the Dr. David Bayer Sportsmanship Award during the ASCE Student Conference held in Greensboro, North Carolina, USA. During the 2017 edition, it won the first runner-up trophy by building the lightest canoe weighing 196 lbs, apart from the other achievements in the additional competitions. On its formation in 2015, it has begun to explore new horizons in the field of civil engineering. It casted its first canoe ‘The Poseidon’ at IIT Madras, and has not looked back since then. In 2016, it became the first ever Indian team to participate in the NCCC at University of Texas, Tyler with its canoe ‘Holi’. 2017 was an additional step forward with the casting of ‘Ambush’ for NCCC, North Carolina, USA. Next in line was ‘Karvaan’, casted in 2018 for the finals held at San Diego, after hosting and winning the first ever ASCE Student Conference held in India. Team Eklavya stands tall in 2019 with its latest cast canoe ‘Kalaam’ and has gained an impressive repertoire all across India in the industry and stands at a following of 4000+ on Facebook and 200+ on Instagram and stands on the threshold of new heights as it prepares to soar higher and higher every year. 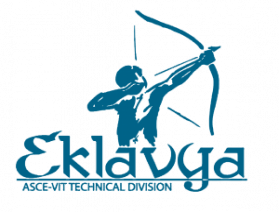